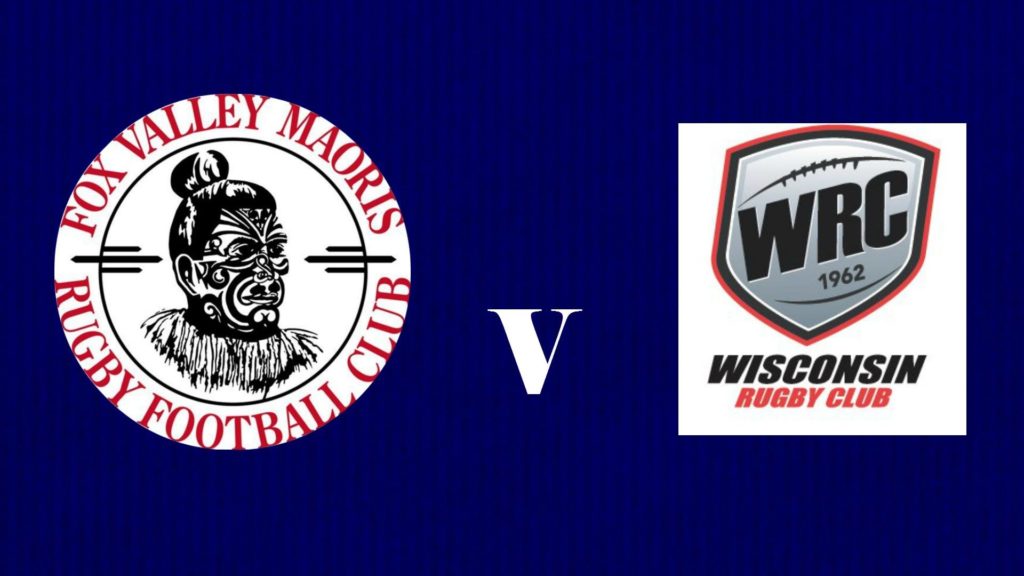 The Maoris traveled up to Madison to face off with the Wisconsin Sharks in a game that would prove to be one of the most exciting contests the Maoris have had in years.  The weather was perfect, a sunny mild day, without the bite of heat and humidity normally present early in the season.  The Maoris travelled strong, fielding a full 23 and that deep bench would prove crucial in winning the match.

The match started well for the Maoris, seeing them win the ball on the kick off, and quickly move down the field to lay siege to the Wisconsin line during the opening ten minutes.  However, Cody Crawford’s dive over the line was deemed to have been held up and the momentum shifted to the Sharks who reclaimed the ball after their clearance kick, and quickly moved down the field to score the opening try.  The Maoris again took the ensuing restart and put the Sharks line under pressure but had to settle for a penalty goal, kicked by Pavol.  This back and forth play continued at the two teams proceeded to exchange trys.

Down 12-8 the Maoris were stunned when the Sharks scored another try very much against the run of play.  In a controversial moment at the 35 minute mark the Sharks picked up the ball after they appeared to have knocked it on during attempted interception, in the ensuing confusion they dotted it down beneath the posts and Fox Valley found themselves facing a 14 point deficit.  However the Maoris rose to the challenge.  Infuriated by the situation, they secured the ball from the kick and quickly got it into the hands of Dave Mulcahy for a quick try before the end of the half.

The second half started with the Maoris trailing 13 to 19.  At the 44’ mark the Maoris hooker Eric Strieker went down with a broken elbow bring their first important sub, Austin “Freddy” Fraedrich to the field.  A tenacious Maori attack built up the phases and scored the all-important first try of the second half at the 47’ thanks to a great run by Scott Leadbetter, and Pavol’s boot came through to give them the slight edge at 20-19.  However the Sharks were not done, they again found their way to score under the post and regain the lead.

Ron now decided the time was right to bring the impact subs to the field.  Bringing on the always imposing Lafi and in a selfless act stepping aside to let Abe Duran on to stabilize the scrum.  Both subs had an immediate impact – Lafi with devastating runs and effective offloads and Abe proved to be a veritable rock of Gibraltar in the scrum, allowing the Maori set piece to finally win its own ball.  It was at this point the Maoris took control of the game, quickly scoring a pair of trys, Drama at 57’ and Lafi at 63’.

Although the game was now in tilting the right way with a six point Maori lead the fight had not left the Sharks.  The final minutes would see one of the best defensive stands the Maoris have ever made.  The Sharks came on strong, sensing that if they could score one last try the game would be theirs.  The Maoris increased the pressure on themselves as both Dave Mulcahy and John Ellington were sent off for professional fouls.  Down to thirteen men, Fox Valley’s defense proved to be immaculate holding the Sharks vigorous attack off for what seemed an eternity.  Finally time expired and the ball was kicked to touch, ending a fantastic match and great road win for Fox Valley.

Man of the Match went to Scott Leadbetter who was outstanding in all phases of his game, especially his support play where he was always available to take an off load and had some fantastic clear-outs at the breakdown. 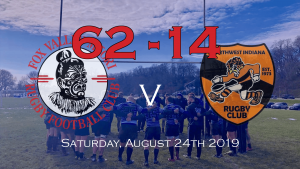 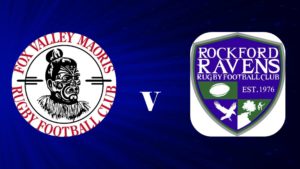