Fox Valley suffered a tough loss to the boys from Madison in a game that saw the score line seesaw back and forth as the lead kept changing hands.   Both sides showed a lot of commitment to attacking rugby, and worked to keep the ball alive through effective offloading.  The Maoris attack was lead by Griffin McGuire whose hard running and good support lines lead to a couple of clean breaks and garnered him Man of the Match accolades.  The final minutes saw the score line level with the Maoris pressing home an attack when one of their passes did not go to hand.  The Wisconsin wing quickly capitalized on this error and showed a pace unmatched by anyone else on the pitch, easily crossing the line to ensure the Wisconsin victory in the final moments.

Man of the Match:  Griffin McGuire

In a much anticipated second game, which saw the return to the pitch of such titans of the game as Andrew “Crazy Legs” Kitzmiller, Mat “Seamus” Binzen, and Marc “Chips” Okicich, a motley crew of old boys and reserves take on a young Blaze second side.  Age, experience, and shear size were enough to dominate play in the first half which saw the Maoris up 20 – 7, finishing the half with a flourish as they drove the Blaze scrum to the line and Marc picking up the ball from number 8 was able to score in the corner.  Unfortunately the second half saw the pendulum swing in the direction of the youth and vigor of the Blaze players as the built their way back into the game.  At the end of the match both sides had found the try zone five times, the difference in the score coming from the fact the Blaze kicker converted all their tries, while Fox Valley could not convert any of their tries.

Man of the Match:  Dave Henne 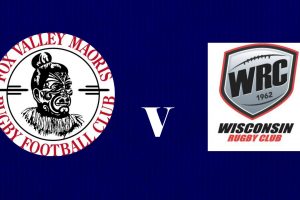 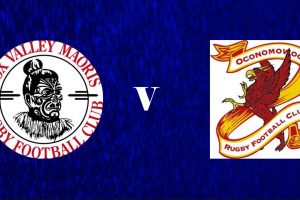 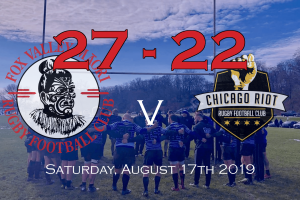